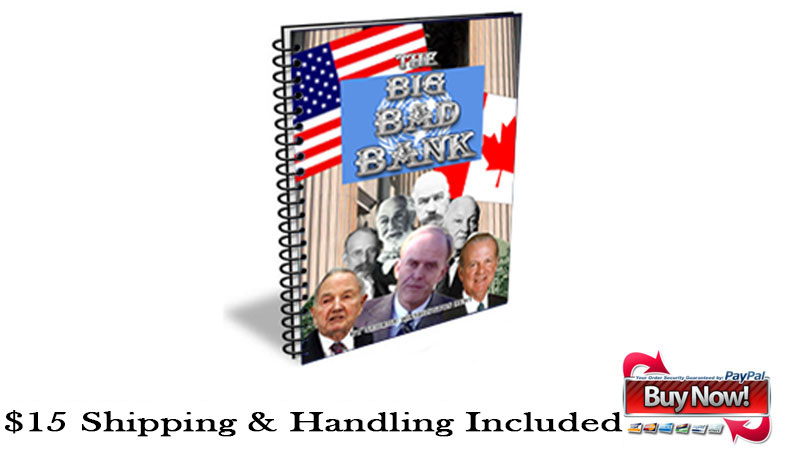 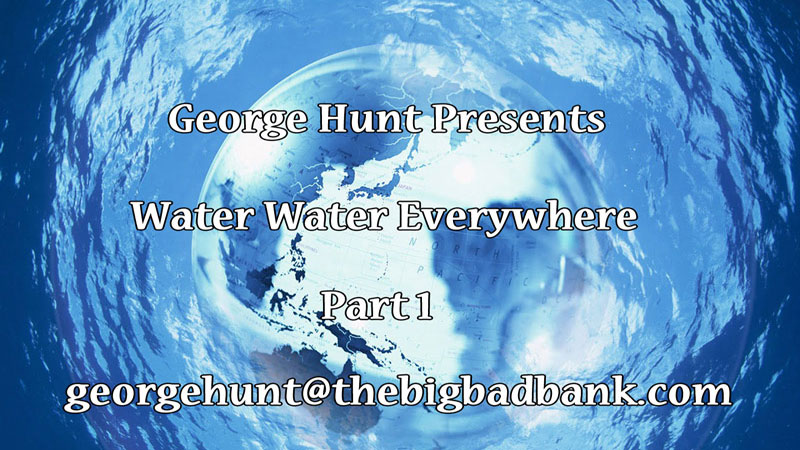 On January 18, 2012, a major United Nations event will occur. International water and food recommendations will be passed at the 2012 NCSE Conference in Washington DC that will devastate society. UN control of the earth’s fresh water will be recommended “for the welfare of humanity everywhere” and later passed into law by the General Assembly and the Security Council.

The intentions and proposals of the Rothschild family for world control are embedded into these recommendations. The international banking community will underwrite bond issues for vast environment projects. Baron Rothschild disclosed at a UN meeting that the projects will often be inoperative and technologically unsound. He also admitted that indigenous peoples and wildlife will be problematic to his plans for the UN-Banker world water corporation. Please view my mid-December 2011 videotapes at “thebigbadbank.com” explaining the whole situation. They’re called “Water Water Everywhere” and I think you’ll like them.

White homo sapiens are a menace to world security. White minds have invented devastating devices to annihilate millions of people with one bomb. White minds have created paper money.  White minds have created death and disease in Africa.  When will Whitey admit to all races that: 1) We have blown our role to advance progress and 2) We don’t know how to stop the crisis that we have allowed others to put ourselves into.
Whitey can stand up and shout “It’s not our fault, it was ‘Them’”. In a democracy, however, it is “’Us’” because democracy requires its adherents to Think—and most people don’t think, at least in America.  As a result, Bad-Whitey-Elitists have taken over and, in return, have given us a devastated economy, loss of some of our private lives and blind acceptance of what the media wants us to read and see.
I have heard that Caucasians (white folks) comprise only one-sixth of the world population. The other five-sixths who share the world with us have been quite patient with Whitey’s penchant for war, death and destruction.  Not for long though: When power-elite-Whitey steals our free gift of abundant clear water and adequate food and turn them into a commodity for profits is when life will get real tough for the white race.  Perhaps that is the reason why the late Baron Edmund de Rothschild has made provision for a 300,000-member “Konservation Korps” in his plans for world conquest.  The “Korps” is actually guarding the 100,000-acre aquifer properties of the George W Bush family in Paraguay. (See my “Water Water Everywhere” videotape).

My social intercourse with non-white persons has usually been pleasant and enriching. On the other hand, I have had a hard time with a lot of white folks: The arrogance of the power-elite at the top and the white bottom-side has sometimes been difficult to endure. I hope that Whitey realizes very soon that we share this planet with others. I also hope Whitey realizes very soon that our elite atheists are not only destroying civilization as we know it, but they are also building a future society of brain-washed automatons; a Tower of Babel.

The white elite have spoken on record that they expect the world population to decrease to 500 million persons, down from the present six to seven billion presently on earth. Wars, poisonous food, air and dirty water, vaccinations infected with HIV, big and bigger bombs, grand terrorism plus a host of intentionally-produced deadly factors will destroy most of us while the rich power-elite enjoy the wealth and human comforts that they have stolen from society. A noted international banker put it plainly:  “The common persons are the cannon fodder which unfortunately populates the earth”.

Maurice Strong is called “the custodian of the planet” mainly because he IS the custodian of the planet. Strong was hired by David Rockefeller when Strong was only 18 years old. Rockefeller’s purpose was to make Strong the powerhouse of the UN to guide it to a place of absolute authority over all natural resources including water and food distribution. The food and water subjects will be presented at the forthcoming United Nations NCSE Conference in Washington DC to be held on January 18-20 2012. The conference is set up to create recommendations and resolutions to place control of fresh water and other resources into the UN Environment Program (UNEP). The Rockefellers donated the land for the UN building so it gives us a large hint that they use the UN for their own destructive purposes. 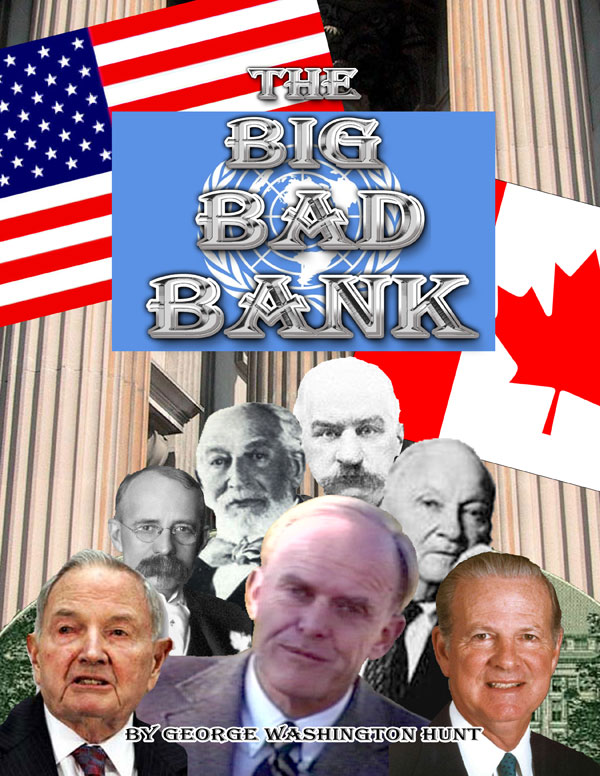