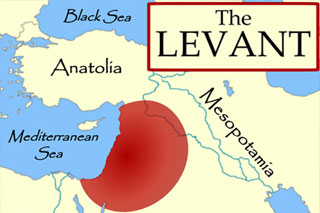 George continues to investigate Islamic nations in North Africa and how the Rothschild’s, Europe and the U.S. are potentially funding the Muslims uprisings even the Al Qaeda, this video focuses on the Religious aspect of the countries in the “Levant” region and the 2nd coming of Jesus. George goes into detail of the history of Islam and the coming of the end.

August 7, 2010
Alas, the World Conservation Banking System does not
stoppable—unless an Act of Almighty God intervenes. Edmond de
Rothschild’s world banking system is so complex, so infiltrated with
graft, lies and even murder, and is supported by so many “respectable”
world bankers who love money and fear Rothschild, that the system
cannot be unraveled from its present irrevocable course toward world
despotism and ruin–except (temporarily) for the rich elite. After
the deluge, Rothschild will most likely sateal from his elite
friends–as he did in the Waterloo stock market in 1815. That’s the
only humor in this story.

We can be practically assured that the U.S. will fall into the
hands of the international banking cabal. As we learned from the
Germans in 1933, after the bankers are ensconced, then come the
terrorists, mercenaries, nazis and menscheviks–all under the red flag
of Rothschild. Russia was the first great nation conquered by the
Rothschilds; America is next. England was conquered long ago (1815)
when the Rothschilds mercilessly gained control of the Bank of
England.

England hated the U.S. for their successful revolution against
King George. Rothschild and England have, ever since, performed nasty
activities against the U.S. to eventually give them control over our
country. Canada submitted to become a Crown Colony of the Queen of
England and, since, has been used to buffet the U.S. on many
occasions, (such as supporting the ugly presence of Maurice Strong and
his multiple violations of water rights, mineral rights, political
ethics, stealing from the U.N., etc.)

For those wishing to share my disappointments, Google “AIG
Rothschild”, “Agricole Egypt Rothschild” and, particularly, “HSBC Bank
Rothschild” (short for “Hong Kong and Shanghai Banking Corporation”),
or any major world bank. HSBC seems to be moving as fast as Credit
Agricole to weave its banking webs of Control to catch us spiders and
little flies at the Teller’s Window. Google any major bank plus
“Rothschild” and it may help one understand that his financial web has
been laid and we merely need to wait for the “Deluge”.
Sincerely, George Hunt.

Remember how the media gave us the impression that the banks needed to
be saved or elase? While the U.S. went along with the $700 billion
bank bailout, $300 billion has yet to be spent from the funds and $140
billion still uncommitted..
Moreaover, the Federal Deposit Insurance Corporation (FDIC) is
presently $8.2 billion in the hole as a result of their previous bank
bailaouts. The number of banks that have violated deposit rules and
have become serious problems has now risen to 562 banks from the
previous figure of 416 banks that were “problem banks”. It appears
that our media and government are working together to not inform us of
the truth.
I talk about this and related info in my newest video. 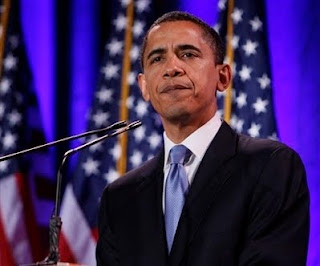 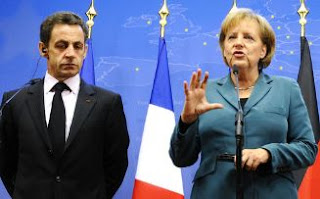