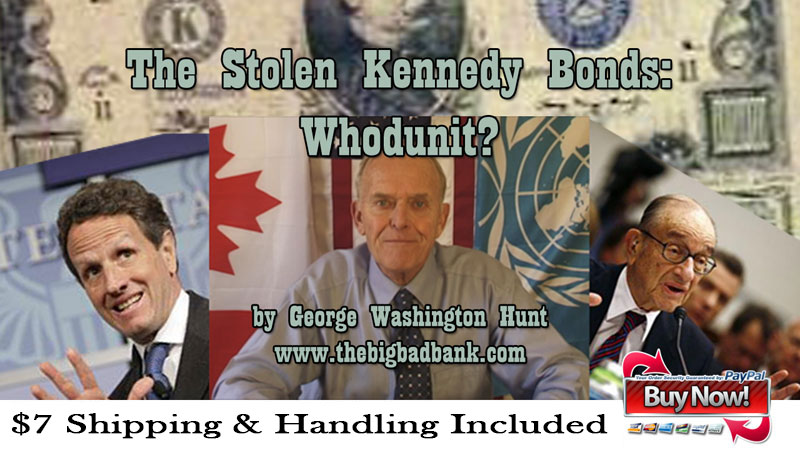 Citizen George W. Hunt makes a complaint in this videotape against the Federal Reserve Board and various Treasury officials for criminal actions against the people of America.. He accuses Secretary of the Treasury Timothy Geithner, Director of the National Economic Council, Lawrence Summers and other parties of withholding facts pertaining to an apparent theft of $134.5 Billion in U.S. notes and bonds, including ten $1 Billion Kennedy Bonds, apparently used to float a U.S. Currency. If the Kennedy bearer bonds are real, there has been a theft from the United States Treasury vaults of huge proportions and into the crooked hands of various European and American banks. Then George Calls to Action for your help in contacting your state representatives about this Hullabaloo.