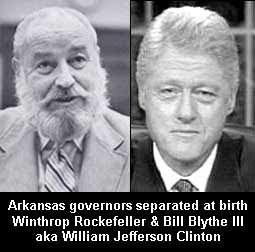 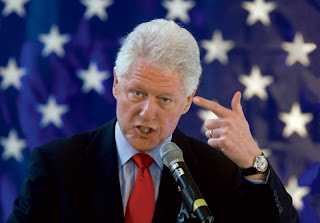 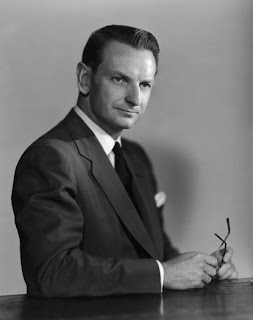 He was elected in spite of the fact that David Mixner (who claims he
was an adviser to U.S. President William J. Clinton) put forth the
argument that President Clinton was actually the son of Winthrop
Rockefeller. Winthrop was the brother of David, Nelson. John D III
and Laurence Rockefeller. Mixner asks in his “Rockefeller Family
History” site how Clinton could afford Georgetown, Oxford and Yale
University Law School and how did he become a law professor at the
University of Arkansas School of Law less than six months after
receiving his law degree?

Clinton served as Jimmy Carter’s Arkansas campaign manager while he
taught law. He also managed his own campaign to get himself elected
as the Arkansas State Attorney General in 1976 only two years out of
law school while also managing Jimmy Carter’s campaign. Two years
later he was elected Governor of Arkansas with less than five years
out of law school.

Take a look at The Big Bad Bank Videos to see more in depth information on this and related topics.